Tim Wise is among the most prominent anti-racist writers and educators in the United States. He has trained corporate, government, entertainment, media, law enforcement, military, and medical industry professionals on methods for dismantling racism in their institutions. Wise is the author of eight books, including his highly acclaimed memoir, White Like Me: Reflections on Race from a Privileged Son

President of the Association of Independent Kentucky Colleges and Universities (AIKCU)

Dr. OJ Oleka is the President of the Association of Independent Kentucky Colleges and Universities (AIKCU). AIKCU advocates for higher education policies at the state and federal level that will lead to increased affordability and access to Kentucky’s independent colleges. Prior to AIKCU, Dr. Oleka was the Deputy Treasurer of the Commonwealth of Kentucky, where he worked on policy that streamlined government, developed the financial literacy standards for the Kentucky Department of Education, and protected the property rights of Kentuckians.
Dr. Oleka is passionate about ending generational poverty through educational opportunity and economic mobility and is the co-founder of the AntiRacismKY coalition, a group of Kentuckians working to end any remnant of institutional racism in Kentucky.

Diane Medley, Executive Chairman & co-founder of MCM CPAs & Advisors, began life believing she would spend her days as a domestic farm wife in rural Kentucky. She has now been practicing public accounting for over 30 years, has led MCM through several mergers and acquisitions, making the company the largest CPA firm in the region, was the first woman in the region to become Managing Partner in a major accounting firm, and up until she transitioned to Executive Chairman, was one of only three female Managing Partners in the Top 100 firms in the U.S. Medley will share key moments from her life as she pulls from concepts found in “The Power of Comments” by the Health Brothers, which explores why certain brief experiences can jolt us and elevate us and change us—and how we can learn to create such extraordinary moments in our life and work.

State Representative Charles Booker grew up in the West End of Louisville, and embodies the struggles facing working people across the country. As a diabetic who has had to ration insulin because of the skyrocketing cost of prescription drugs, a Black man who was tear-gassed protesting police violence, and someone who lived part of his life homeless, Rep. Booker has personal experience with many of the deep, systemic crises facing our nation.
After Charles’ statewide experience as a Director for the Kentucky Department of Fish and Wildlife, using his personal story to connect with folks throughout the Commonwealth, and after seeing teachers, public employees, and miners standing up for themselves, he knew the moment was right to build a coalition from the “Hood to the Holler”. As Founder and President of Hood to the Holler, Rep. Booker is building this new organization to focus on the common bonds so many Kentuckians share and will help regular folks understand the power they have to transform our future. 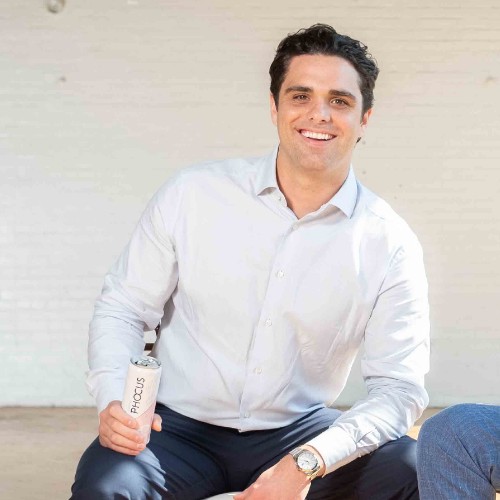 John Mittel, M.D., President & Co-Founder, Clear/Cut Phocus. John Mittel is a native of Louisville, Kentucky and is a graduate of both the University of Louisville’s Speed School of Engineering and Medical School. John deferred his medical residency to pursue Phocus full-time. He moved to Brooklyn, NY in May of 2019 to work with the largest non-alcoholic distributor in the US and sell Phocus into the Northeast region. 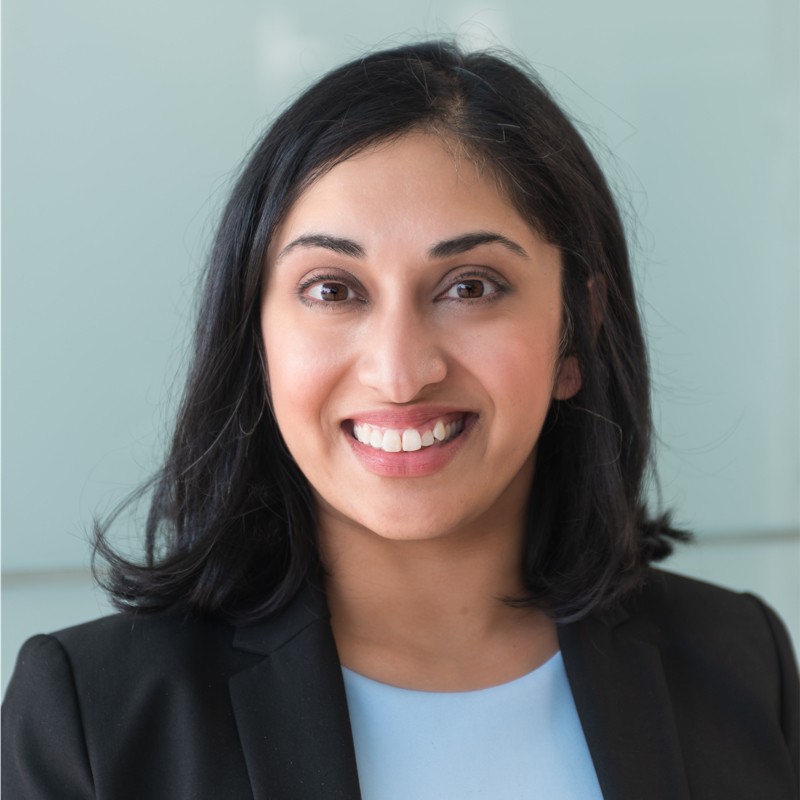 Monalisa Tailor, MD, is a graduate of the University of Louisville School of Medicine, through which she also completed her residency in Internal Medicine. Today, she practices with Norton Community Medical Associates: Barret. She currently serves as the President of the Greater Louisville Medical Society, the Kentucky Medical Association Vice Speaker, and a member of the KMAC Museum Board. She is a graduate of the Norton Provider Leadership Academy, the Leadership Louisville Program and the Ignite Louisville program. In her spare time, she enjoys running, arts, crafts and cuisine. 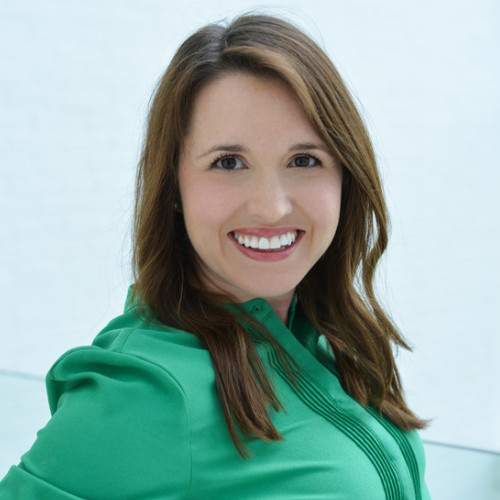 Brittany Wilson is the Director of Consumer Insights for Kentucky Fried Chicken. In her role she is the voice of the consumer for the organization; anchoring KFC’s communications, menu boards and new products in guest understanding. She is an advocate for pairing research, strategic judgment and consumer empathy to enable better business decisions and accelerate growth. Brittany lives in Louisville with her husband Michael, 3yr old son Henry and yellow lab Dudley.

Victoria Staton is a twentysomething, God-fearing wife, dog mom, and serial entrepreneur with a passion for helping others flourish. She owns a high-end wedding and event planning and design company, an online based skincare and nutrition company in partnership with Arbonne International, teaches Zumba independently as a licensed instructor, is a real estate investor with her husband of almost 6 years, and is pursuing additional education in nutrition to expand her knowledge base. She is now pursuing a double diploma to be recognized as a Master Herbalist and Traditional Doctor of Naturopathy, but she is most excited about the knowledge that will be acquired. Her fuel is found in her, why, which is ultimately to help others be victorious in every area of their life. She loves to help others feel and look their best because when you are operating at your optimal level you can conquer the world. Learn more about what she does and how she can assist you at www.victorialstaton.com. Come join us for Zumba, dance away your cares, learn some new moves, and burn come calorie with The Fit Event Lady!

Kelsi Worrell Dahlia has become the butterfly icon of USA Swimming in the last five years. She qualified for the 2016 Rio Olympics in the 100-meter butterfly and won a gold medal in the 4 x 100-meter medley relay. At the NCAA finals in March 2015, she broke the 13-year-old record held by twelve-time Olympic medalist Natalie Coughlin, and became the first woman to break 50 seconds in the event. In March 2016, she improved her record again. As a Louisville Cardinal, Kelsi received in her senior year the Honda Cup as the best female athlete across all collegiate sports. 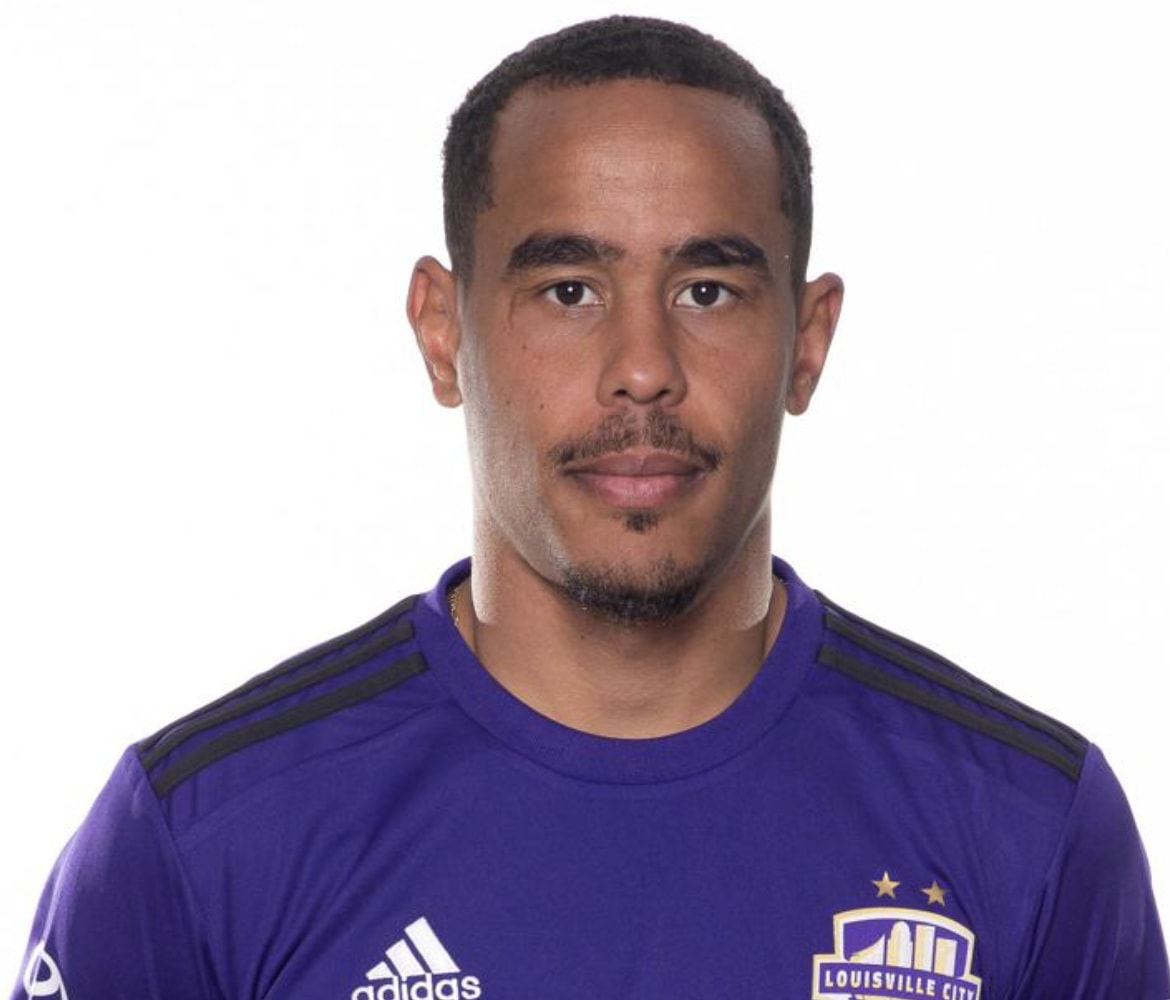 Louisville City FC midfielder George Davis IV has experienced a successful 10-year professional career, ranking among the all-time USL leaders in games played, goals scored and wins. He has hoisted two USL Cups with LouCity – in 2017 and 2018 — and has been recognized as an All-League player on three occasions. A 33-year-old from Lima, Ohio, Davis IV turned pro after completing his college career at the University of Kentucky.

Christen Cunningham, a 25 year old from Georgetown, Ky is a former Kentucky All Star and All State basketball selection who went on to have a very successful college career.

Named 3 time captain of Samford Men’s Basketball where he joined the 1,000 point club and broke the all time assist record and graduated with a degree in Business before transferring to Louisville for his final season. At UofL Cunningham was named captain of the basketball team in 2018-19 and led the ACC in assists and the Cards to the NCAA tournament. During his stint at Louisville, Christen also obtained his Master’s Degree in Sport Administration. Cunningham went on to play professional basketball in Europe.

He is currently back in Louisville serving as a Graduate Assistant coach on the Louisville Basketball Coaching Staff and working on completing his 2nd master’s degree in Higher Education.

Kendrick joined the WAVE 3 sports staff as the sports photojournalist in May 2004, but has been part of the WAVE family since May 2000.
A Louisville native, Kendrick came to WAVE as an editor and has continually elevated his role in the news gathering process as a photojournalist. Covering news events, engineering live shots, and also covering sports events before landing exclusively in the sports department.

Since making the move to sports, Kendrick has won first place for sports highlights in the Kentucky News Photographer Association’s annual contest in 2005, and has covered numerous NCAA basketball and tournament games, The College World Series, Little League World Series, Orange Bowl, Gator Bowl, Music City Bowl, PGA Championship, Ryder Cup, Kentucky Derby and Breeders’ Cup events.
Kendrick is a 1993 graduate of Fern Creek High School, and 1998 Murray State grad.
In his spare time, Kendrick loves hanging out with family and close friends, video games, and playing a variety of sports, mostly basketball. Kendrick joined the WAVE 3 sports staff as the sports photojournalist in May 2004, but has been part of the WAVE family since May 2000. 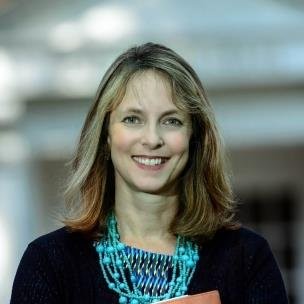 During her career at Brown-Forman, Kirsten has served in a variety of HR roles providing human resource consultation to Brown-Forman’s businesses across North America, Latin America, Europe, Asia-Pacific, Global Production, and corporate functions such as Marketing, IT, and Finance. She also spent seven years in the marketing organization as a brand manager for a global liqueur brand. 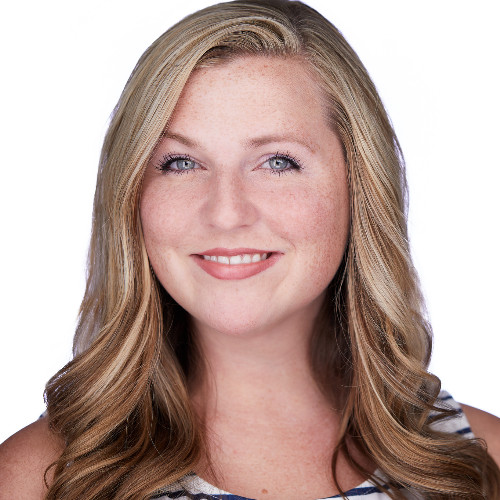 I was the child that insisted on sitting at the adult table. Their conversation and personalities were infinitely interesting from my 7-year-old perspective. When I had finally asked ‘why?’ one too many times or when it was bedtime—whichever came first—I would be dismissed to my room. There, I would stand in front of the mirror and “try on” their personalities and mannerisms. The next day, I would ask my mother to explain why each of her friends spoke and behaved in their own unique ways. Fortunately for me, she too was thoughtful and curious. She indulged my never-ending questions and, in doing so, fueled my life-long passion for learning. Since then, I’ve studied psychology, emotional intelligence, and communication and used each to build a successful career. I am a trained coach, public speaker, and employee relations consultant.”